Online store for the supply of transmission and guidance systems products
Air conditioning.

Uranus Industrial Group was founded in 1356 as one of the oldest companies in the design and implementation of transmission and guidance systems.
Air conditioning started working and during the last 40 years, it has succeeded in implementing many national projects such as the airport, hospital,
It has become a refinery and… In the early 1960s, the first production line of the Uranus Group was used to make a variety of products
Construction and industrial flanges were launched, but due to the special conditions of the country in the years of sacred defense of the production units of the group
Uranus started to produce all kinds of oil and wood heaters, and the products of this group have a significant contribution in the supply of heaters.
It was needed by the western and northwestern provinces of the country and equipped many government centers and schools in the country during those years.
In 1374, Uranus Group, after shutting down its heater production line, started the production line of various types of ventilation valves.
air, all kinds of dampers and other products led the air, which according to the scientific view of Uranus group on the industry, this is a tremendous change in
The design and performance of some standard air control valves in the country. The tireless efforts of Uranus Group employees
In addition to the special attention of managers to the company’s research and development unit, the number of products produced by the industrial group increased over twenty years
Uranus will reach more than 100 cases, which is rare among domestic manufacturers. Today, the products of the industrial group
Uranus is made of aluminum, iron, plastic and wood in factories in Tehran, Karaj and Shahriar and is currently responding
It is needed by builders, craftsmen and dear consumers.
Uranus group managers’ careful look at the market needs and the importance of easy access of customers to the products of this group all over the world
The country led to the launch of an online store for the supply of Uranus Group products. Providing better quality products, eliminating middlemen
As well as reducing the cost of housing with direct access of builders to air guidance and control products, among other goals
The establishment of this store.
Uranus Industrial Group, with more than 40 years of experience, is proud to once again be the leader in providing new products to dear consumers.
And the possibility of access of engineers, designers and construction companies to a wide variety of construction products in the field of air conditioning and
Provide easy air navigation through your website. Uranus online store, as the first online equipment store
Air transfer and guidance, the best destination for online shopping of all types of air transfer equipment such as ducts, flexible pipes, channels
pre-insulation as well as air guidance and control equipment such as round and square dampers, ventilation valves and valves
It is a visit.
Uranus Industrial Group

Uranus Industrial Group in 1356 as one of the oldest companies designing and implementing transmission and guidance systems Air conditioning started working and during the last 40 years, it has succeeded in implementing many national projects such as the airport, hospital, It has been a refinery. 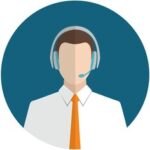